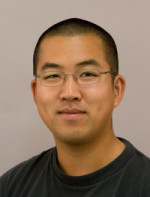 Dr. Chinn brings to the project an extensive background in engineering and quantitative analysis, along with industry and project management experience. In his capacity as an engineer he has the ability to interact with the many engineering consultants that will be involved in this project on their terms, in order to help insure that the path forward does not involve too many changes of direction.

From 2005-2008 Dr. Chinn worked as a Scientist for Qinetiq north america doing numerical modeling and data analysis in support of the Meteorological and Oceanographic branch of Naval Special Warfare.  He also served as a lead systems engineer where he developed the expansion roadmap for the naval super computing resources.

In 2008, Dr. Chinn moved back to Seattle to continue graduate education at the University of Washington.  He received a MS degree in oceanography in 2011 and an additional MS degree in Applied Mathematics in 2012.  He continued research and was awarded his PhD in Physical Oceanography in 2015.