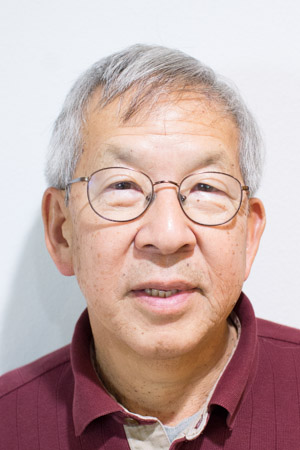 Dr. Chinn brings to the project an extensive background in economics and law, a keen understanding that the socio-economic impact of the new Asian Plaza can far exceed the sum of its parts, and the vision and commitment to make that a reality.

Dr. Chinn developed the original Asian Plaza shopping center in the late 1980’s which involved grading the site and building the parking lot and converting the old Connors furniture and appliance store building into a supermarket, retail spaces and office spaces. He served as the general contractor, the leasing agent, and the building manager. Because of that experience, and his close family ties with the International District (ID), Dr. Chinn regards the Asian Plaza Redevelopment project as a personal and family legacy project, as well as an opportunity to create a center that will serve as an engine of growth in the ID for generations to come

Dr. Chinn was born and raised in Seattle, graduating from Cleveland High School in 1964, and receiving the Seattle Chinese Community Scholarship.  He then graduated from the University of Washington in 1968 (BA in Math and Economics, Phi Beta Kappa), and accepted a Ford Foundation Fellowship and a Fulbright Doctoral Dissertation Fellowship to pursue a graduate degree.  He received his PhD (Economics) from the University of California at Berkeley in 1974, and accepted a position as Assistant Professor at Stanford University, where he did research and taught courses on economic development, with emphasis on Asia. He received many awards during his academic career and published numerous papers in professional economic journals. During his time in academia he served as a consultant to the United Nations Economic Commission for Asia and the Far East (ECAFE) and for the U.S. State Department, Agency for International Development (AID).

Dr. Chinn left Stanford University in 1981 to attend law school and pursue other interests. He supported his family while in law school by working as a senior economics consultant for Applied Economic Research, Inc. He received his JD degree from the University of Washington Law School in 1984. He has been a member of the Washington State Bar and the Federal District Court Bar since 1984.