The project site is a two-block tract between 10th Avenue and 12th Avenue, and Jackson Street and Main Street in Seattle, Washington. The area in which the site is located is composed of primarily ethnic immigrants, Chinese, Japanese, Vietnamese, Filipino, etc. Historically, this area included Nihon-machi (Japan-town) and Chinatown. More recently, a part of this area has been officially designated by the City of Seattle as “Little Saigon” since much of the ethnic Vietnamese refugee population initially settled here.  Collectively, this area is known locally as the Chinatown-International District or the CID, for short. The original Asian Plaza was established on the site in the mid-1980s, replacing the old Connors Furniture and Appliance Store. 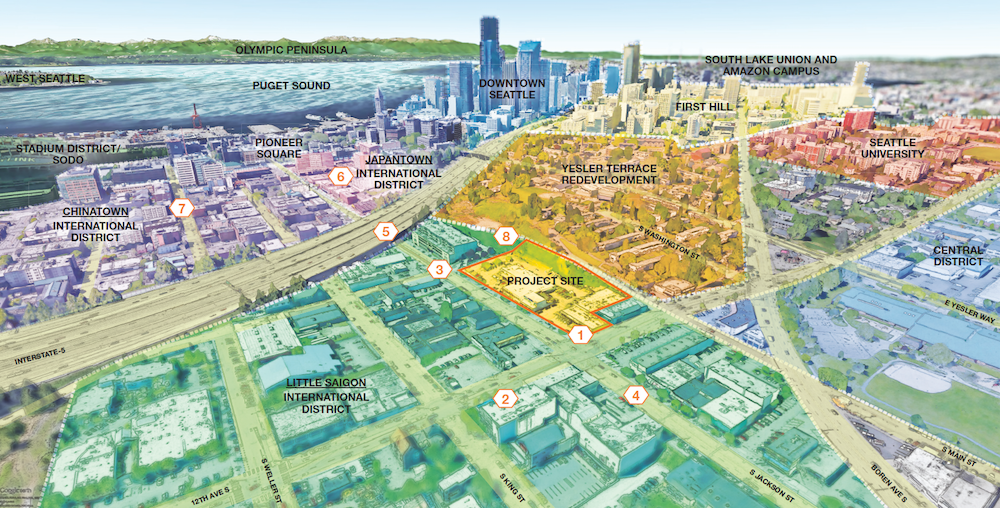 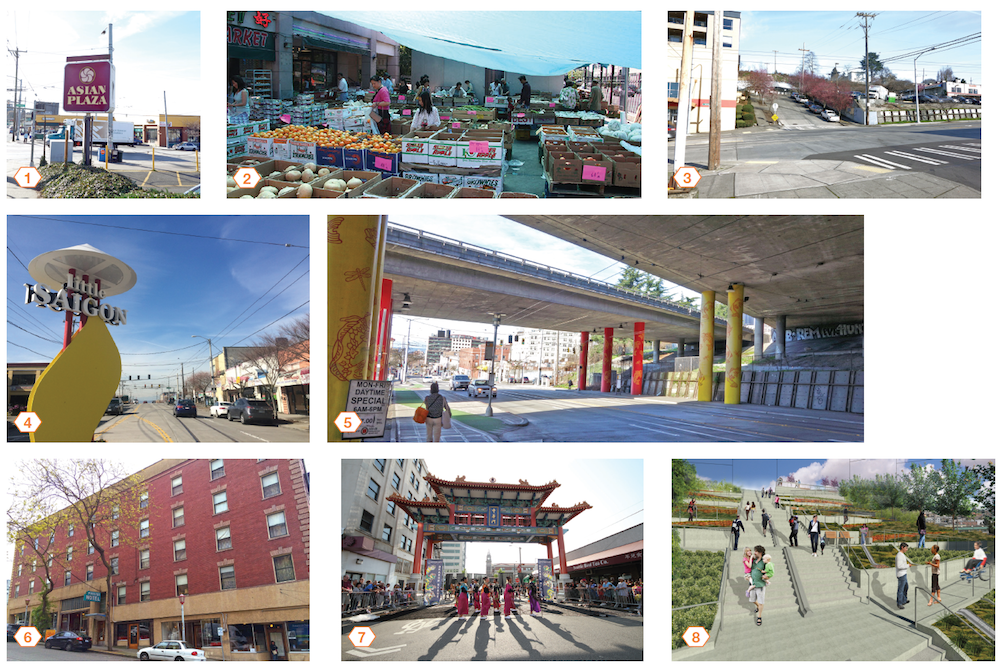 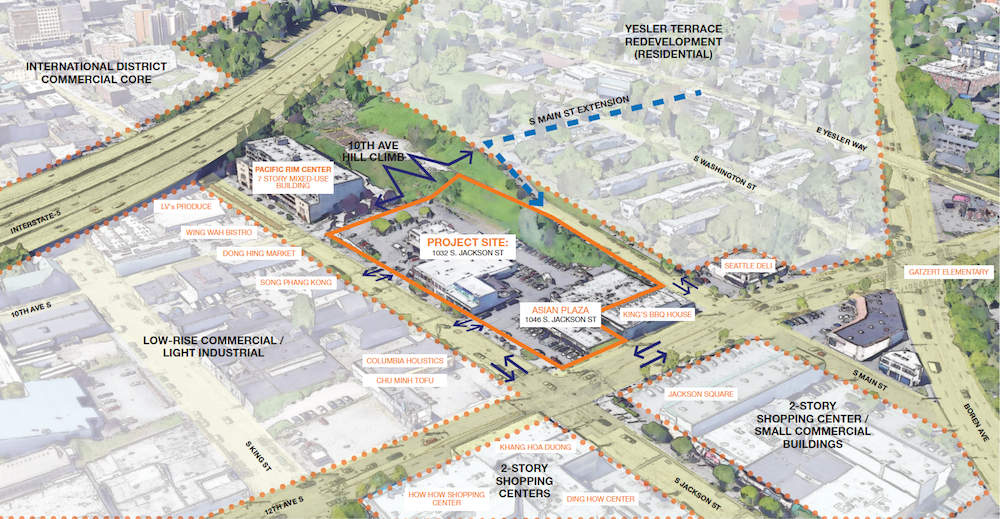 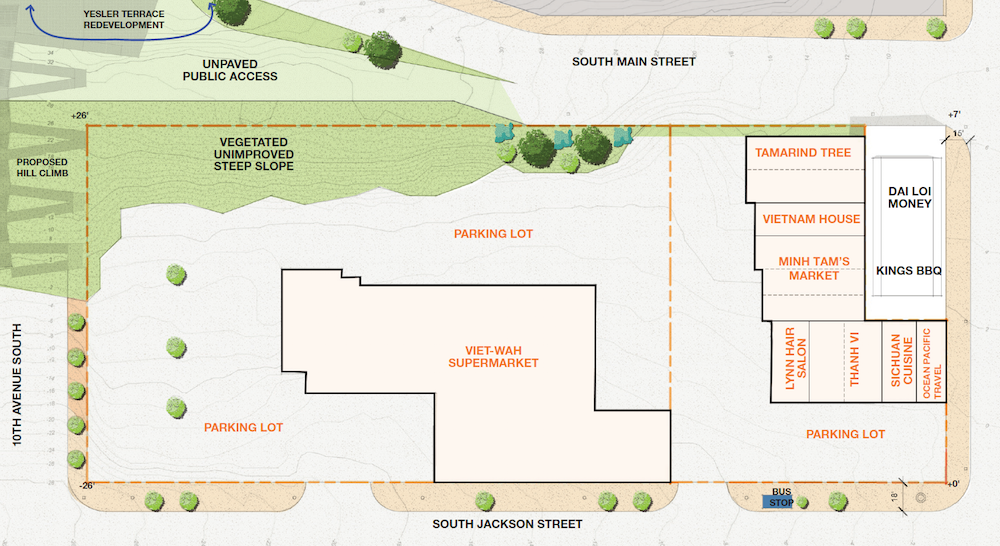 The whole site is about 2-1/2 acres. The first phase will involve the western 2/3 of the property and will include construction of a multi-level underground parking garage of approximately 480 spaces, a retail/restaurant corridor through the length of the project totaling approximately 80,000 square feet, an ethnic-themed 130-room boutique hotel with extended stay capability, 60 condominium homes, approximately 200 new apartment units, a child care center, a small health club, and a community performance theater. The second phase will redevelop the eastern half of the property and may contain similar elements, depending on lessons learned from phase I.

The project will be phased, in large part so the existing longtime retail tenants in the east building, such as Tamarind Tree, Sichuanese Cuisine, Vietnam House, Lyn Hair Salon, Thanh Vi, and Pacific Travel can stay in business during phase 1 construction and then move into the new Plaza phase 1 after construction is completed, if they choose to.  Unfortunately, the same is not true of businesses such as Viet Wah Supermarket, Ten Leaves Bistro, Puget Sound Sage, and Helping Link that currently occupy the west building that is being replaced in phase 1. Those businesses will have to close and relocate during phase 1 construction. Viet Wah has already committed to returning and will anchor the new retail plaza with a new Viet Wah Supermarket. The others will have to relocate during construction and then will have the opportunity to lease space in the new Asian Plaza. As part of the community, and longtime friends to many of the existing tenants, we are very sensitive to the disruption in people’s lives caused by major changes. Redevelopment makes some effects unavoidable but we are committed to minimizing those effects.

Since there is no housing currently on the site, no residents will be displaced. We will be making a significant addition to the housing stock in the CID. The planned childcare in the project will provide needed childcare for working families who live in and around the project.